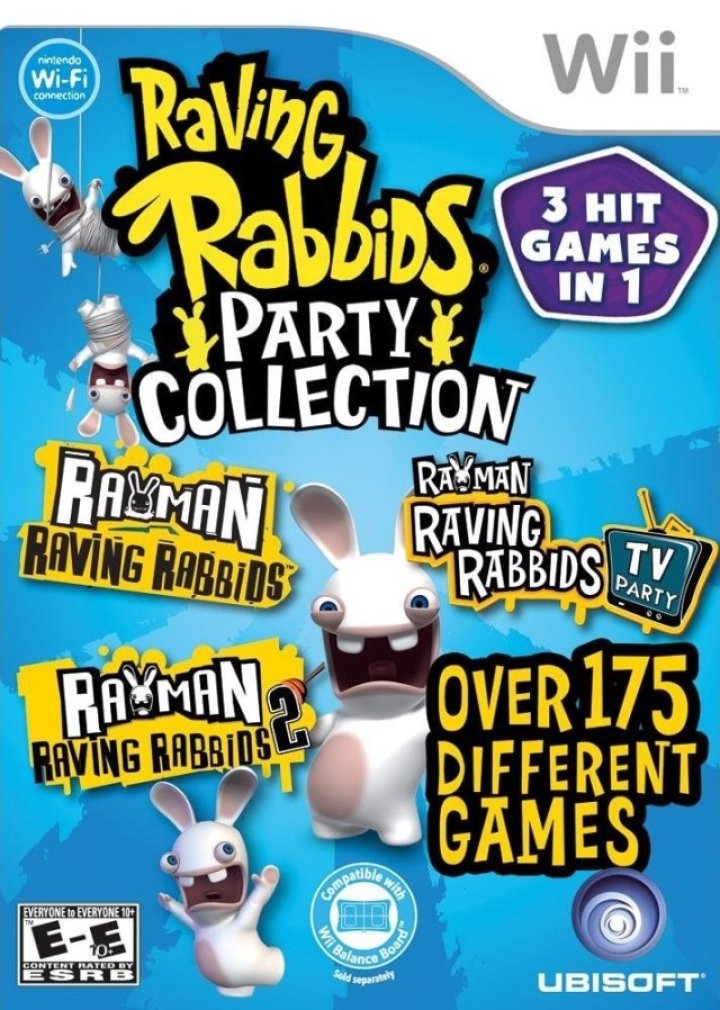 The Raving Rabbids Party Collection combines three hit Raving Rabbids party games for a total of over 175 crazy minigames! Included in this pack are Rayman: Raving Rabbids, Raving Rabbids 2, and Raving Rabbids TV Party. All three games in the collection have a simple plot line of Rayman either imprisoned or escaping the Rabbids, silly looking rabbit creatures. The first game starts off with Rayman being kidnapped while at a picnic and Rabbids have him endure many types of tests that the player must complete in order for him to be set free. The next game features Rayman entering a mall trying to attack the angry Rabbids that have captured him in the previous game. In TV Party, he is running away from the Rabbids and discovers that a bolt of lightning has transferred the Rabbids into a TV set, which is the premise for the mini games. 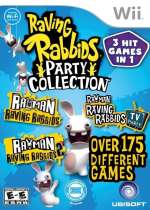 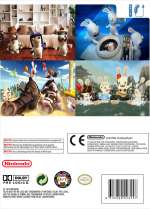 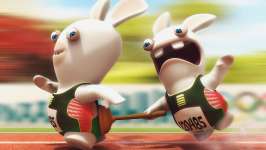