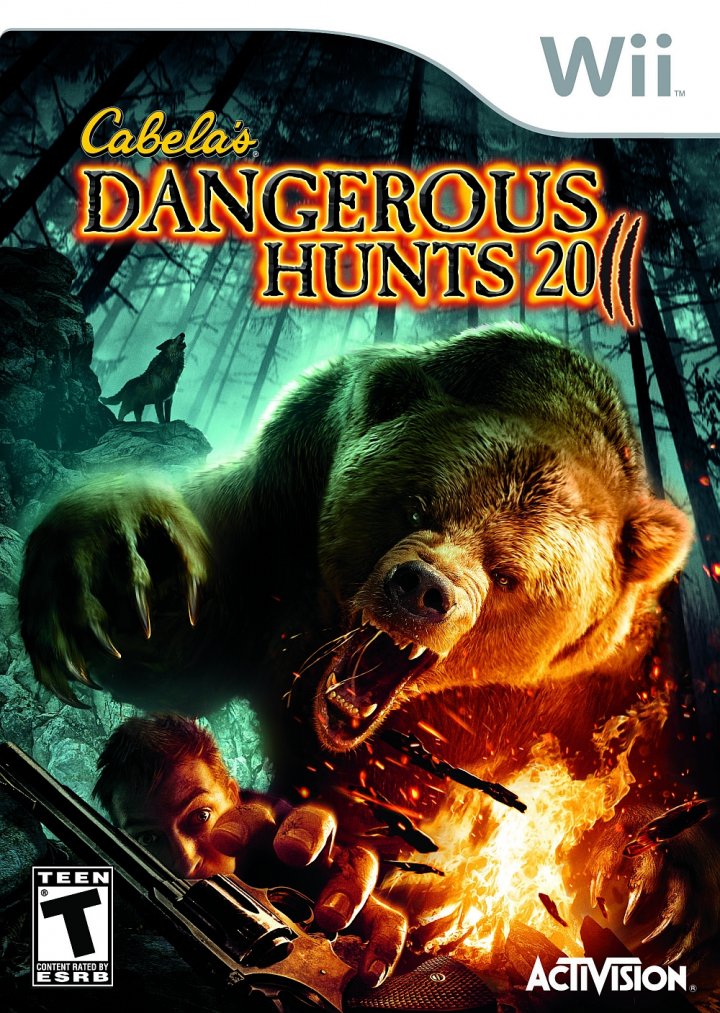 The 2011 edition of Dangerous Hunts challenges players to conquer the world's most ferocious predators, using only their wits, their knowledge of the wilderness, and a selection of Cabela's top-quality outdoor gear. As in earlier versions of the game, the situations are more extreme than in other Cabela's hunting titles, as players find themselves in desperate kill-or-be-killed situations designed to test the skills, mettle, and luck of any would-be outdoorsman. In the game's Story Mode, players take the role of Cole Rainsford, who travels to Africa to hunt animals that have been attacking people in remote villages. Players face off against unnaturally aggressive wolves, bears, lions, crocodiles, and other dangerous beasts, in tense, first-person shooter battles. Dangerous Hunts also features a "Shooting Gallery" mode, with a number of multiplayer options. The console game is specially designed for play with the Top Shot Elite, a pump-action gun controller with an adjustable stock, designed to convey the feel of an authentic hunting rifle. The Top Shot Elite for Wii, included in the bundle package, incorporates the Wii Remote and Nunchuk controllers. 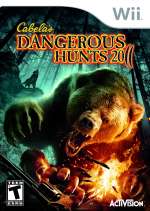