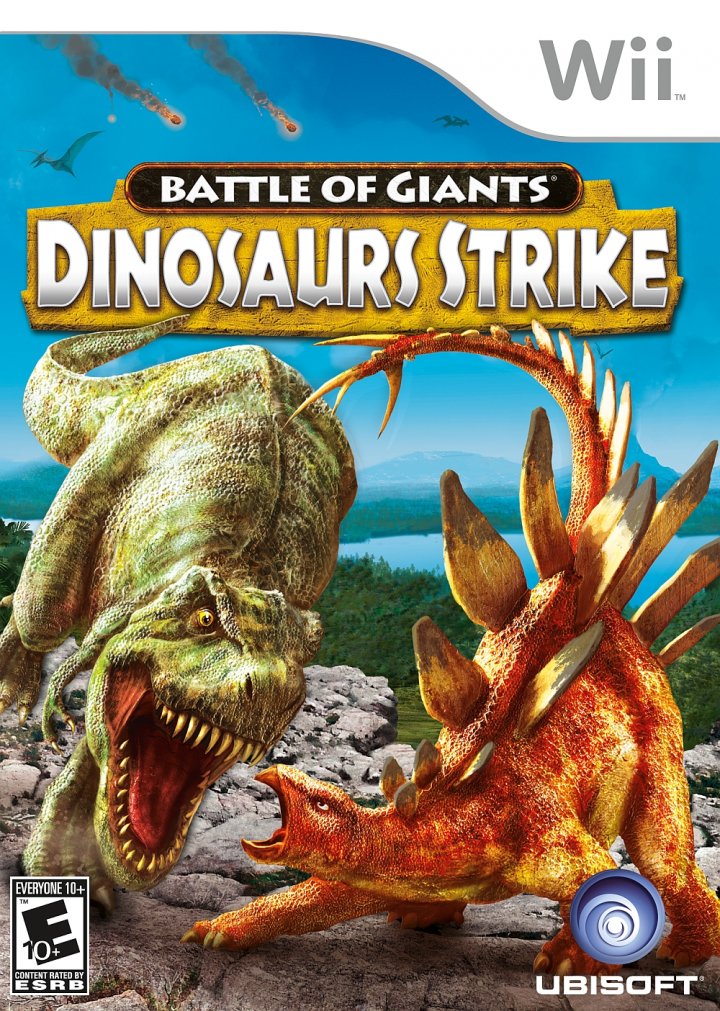 Ubisoft's fighting series designed for boy gamers aged six to ten comes to the Wii for the first time with more mighty clashes between some of the most powerful and ferocious creatures to ever roam the earth in Battle of Giants: Dinosaurs Strike. Gamers select from a group of 18 different dinosaur breeds, including T-Rex, Velociraptor, and Stegasaurus, and then choose from 12 different colors and patterns. Players use their Wii Remote and Nunchuk to battle opponents in three-round bouts, taking advantage of each dinosaur's particular strengths and weaknesses. Those who win are rewarded with bonuses that unlock thorns, bones, and feathers to make their creatures stronger, tougher, and faster. In addition to battling fellow dinosaurs, combatants must also avoid taking damage from cataclysmic events plaguing the forest, desert, and mountain environments. Solo gamers can also take on the ladder-style "Domination" mode, while multiplayer fans can join up to three friends for the "Versus," "Tournament," and Tag Team" modes. 150 million years ago, Nature's fury was unleashed, forcing Dinosaurs to fight for their survival. Dive into spectacular battles and deal powerful blows to your worst enemies. Master your fierce dinosaur and rule the cataclysmic Jurassic world! 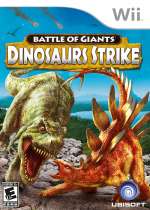