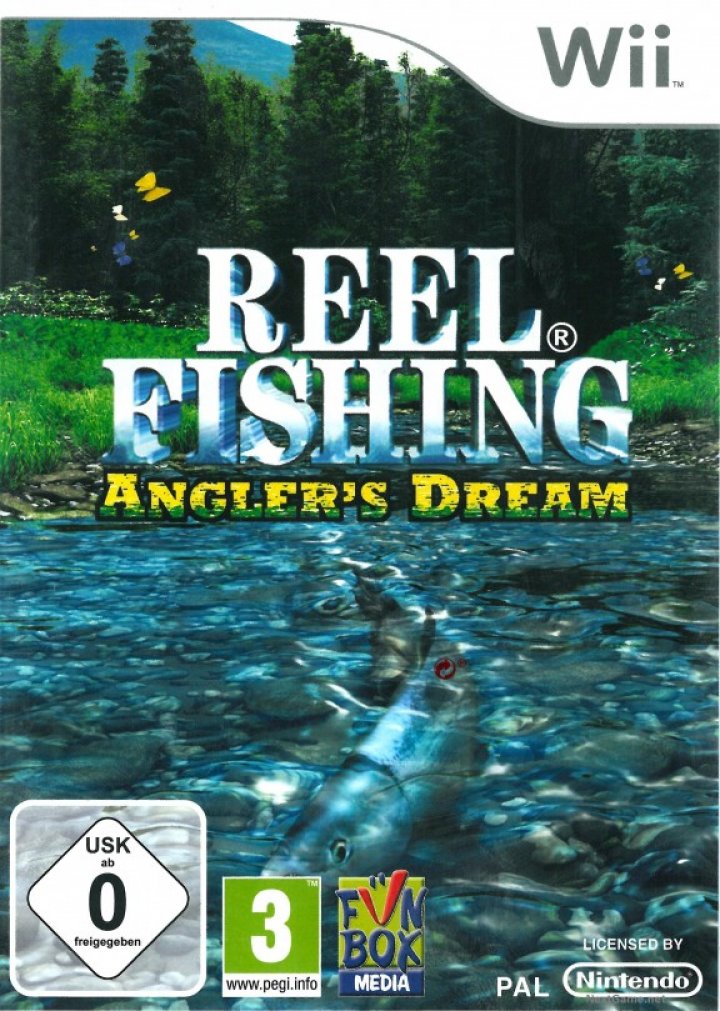 Reel Fishing: Angler's Dream is a fishing game like no other! Immerse yourself in the sights, sounds, and even feel of fishing as you experience the most realistic fishing game ever! Reel Fishing: Angler's Dream offers beautiful, picturesque fishing locales, from calm, tranquil lakes to the beaches of tropical paradises. You'll feel like you're really in nature as you listen to the gentle lapping of waves, the call of distant birds, and the splash of hungry fish ready to be hooked. You'll battle more than forty different types of fresh and saltwater fish in your quest to become a master angler. Each fish looks, moves, and fights just like the real thing; they'll flee, dive, and jump out of the water in an effort to dislodge your hook or break your line. Using the Wii Remote and Nunchuk, you'll believe you're really fishing as you cast, reel, and move your rod. When you're done fishing, head back to the lodge. There you can get expert tips and advice from the Fishing Master, raise and care for your most prized catches in the aquariums, check out the prizes and equipment that you've earned, and learn about the tough and wily Legendary Fish that you might one day catch. Gamers head off to tranquil lakes and sandy beaches in an effort to wrangle more than 40 different kinds of fish in Reel Fishing: Angler's Dream. The game takes advantage of the Wii's motion-sensitive controls to let players cast and reel just as they would in real life, and each of the 40 fish species fights and flees like its real-world counterpart. When gamers are satisfied with their catch they can head back to the lodge, where the Fishing Master doles out expert advice and showcases the new equipment players have earned. Angler's Dream also strays into life development sim territory, because the lodge includes a number of aquariums where gamers can care for and rear their most prized catches. The ultimate goal for solo players is to track down the rare and elusive Legendary Fish, but those looking for multiplayer action can join up to three friends in the competitive "Versus" mode. 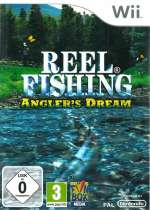