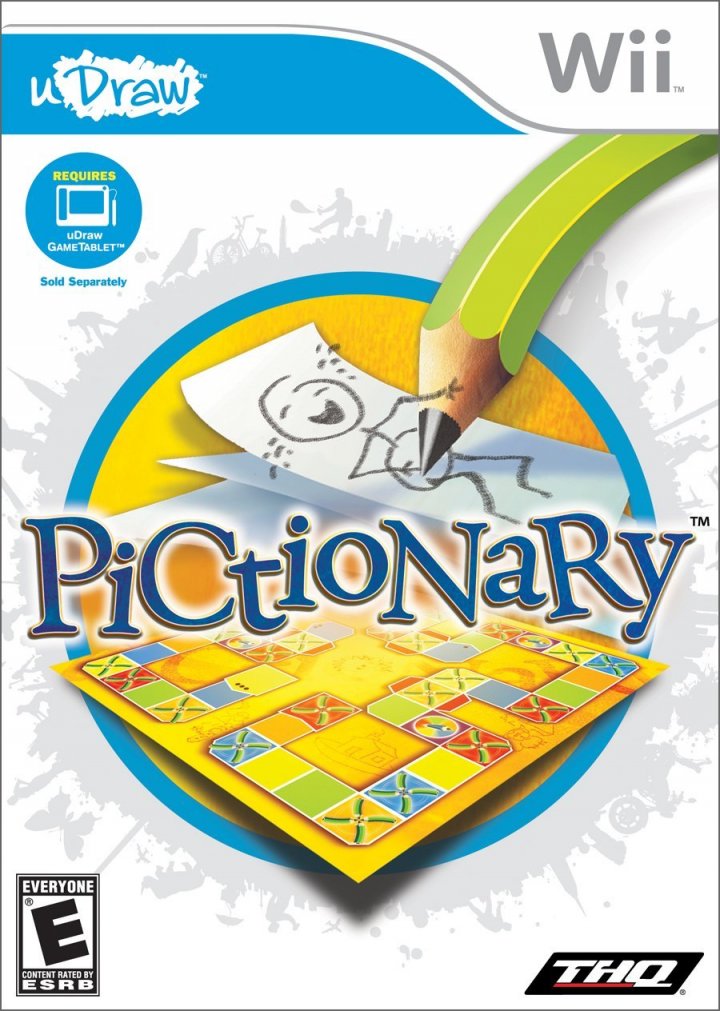 uDraw Pictionary is an art-based video game developed by Page 44 Studios and published by THQ Inc. that players can play on the uDraw GameTablet for the Nintendo Wii. The game is based on the popular board game Pictionary, in which players draw pictures based on clues from a subject and have their teammates guess what specific words the picture is supposed to represent. It was released on November 14, 2010 for the Nintendo Wii game system. Designed as a multi-player game or party game for all ages, players can choose teams of up to four people to play. Since the uDraw GameTablet comes bundled with uDraw Studio, another art-based video game, players can familiarize themselves with how the tablet and stylus pen work before playing, as well as how to draw, color and sketch on the tablet. uDraw Pictionary includes more than 3,000 clues, with traditional Adult Clues like Object, Difficult and Action or Junior Clues like “Animal Houses” and “At the Zoo” for younger players. The game differs somewhat from classic Pictionary, as the video game has new draw modes. The normal Pictionary mode lets users play the game show-style on a 3D game board with a variety of drawing tools, brushes and colors to choose from for a livelier sketching experience. Pictionary Mania has a custom game board and seven new draw modes, including Get It Straight, Shape It Up, Rotation Frustration, One Line, Ink Limit, No Peeking and Off Hand. Free Draw lets players use the drawing tools in the uDraw GameTablet to create works of art. 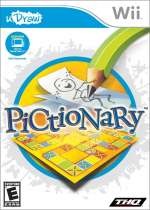