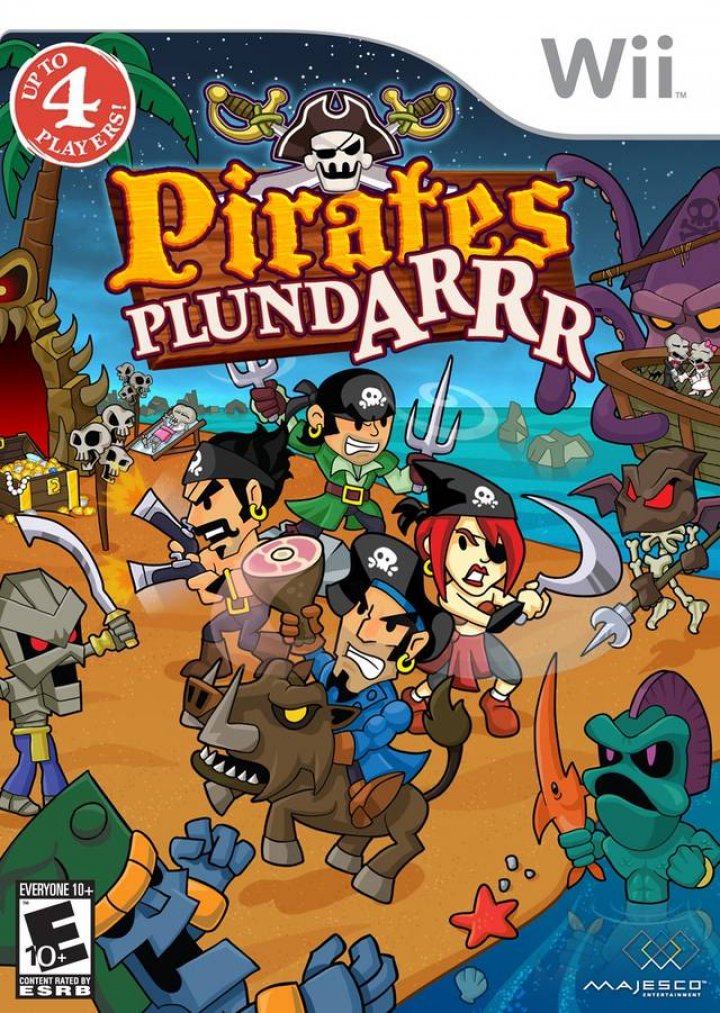 In this game players will fight through creature-filled areas like a murky swamp, an underwater city, and a haunted village to ultimately face-off against the scallywag Rudebelly and retrieve their stolen treasure. It's serious business in a game that doesn't take itself too seriously: would-be pirates can ride warthogs for "drive-by style" attacks, battle hulking slug bosses and trigger meat meteor showers raining down from above. These cute, but dangerous, swashbucklers will take on more than 40 diverse enemies - including skeletons, slimefish, mummies and lots of other nasties that want to ruin an otherwise pleasant Caribbean adventure. Good thing players have cool combo attacks and a bounty of weapons, from razor-sharp meat cleavers to flaming axes, to ensure that mowing down monsters never gets old! Players can also use the environment to their advantage by picking up rocks and barrels to hurl or simply snatching up the baddies themselves to toss them overboard. As players progress, they'll gain XP points that will earn them perks and upgrades that will cause more damage to enemies. In addition, Pirates PlundARRR lets 4 mates plunder together for co-op, beat-em action! 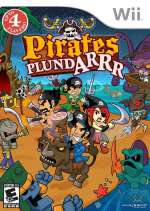