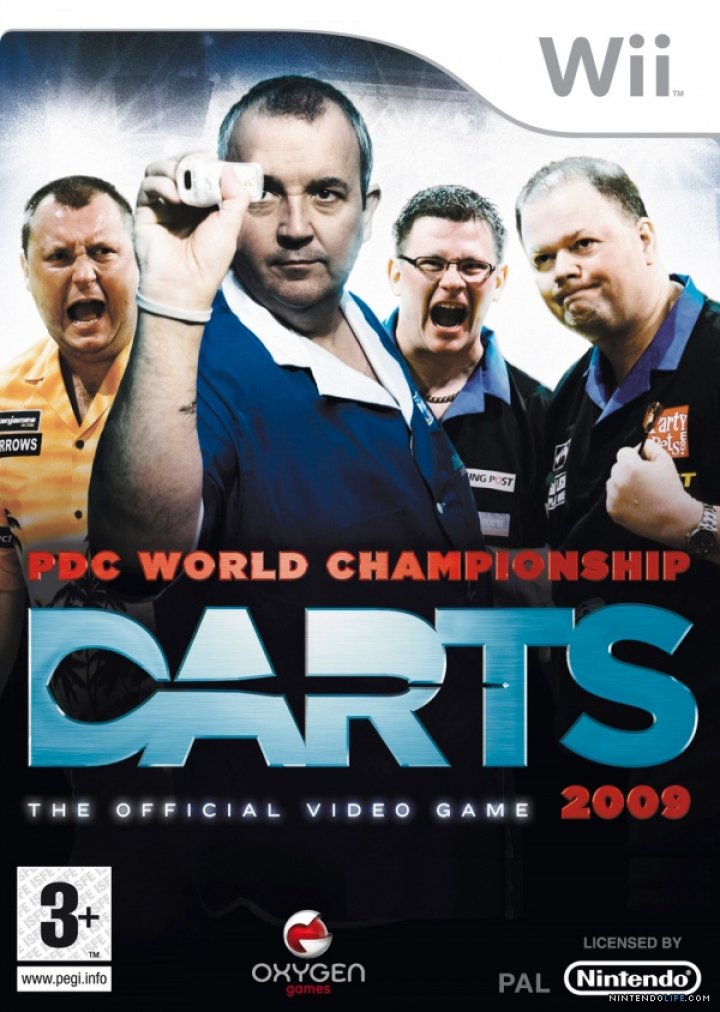 PDC World Championship Darts 2009 is a sports video game, published by Oxygen and developed and designed by Rebellion Developments. It was released for the Nintendo DS and Wii on May 29, 2009. The game features eighteen professionals from the Professional Darts Corporation. The game includes a Create-A-Player mode, which for the first time, players can create a female dart player to use in both Career Mode and Exhibition Mode. There is also a practice mode. It is a direct sequel to the previous year's game, PDC World Championship Darts 2008. PURE PRESSURE, PURE PASSION. THIS IS PURE DARTS. Step up to the oche and go head-to-head against your friends or the greatest champions of the PDC. Everyone is going crazy for darts and you can be a part of the action and excitement with PDC World Championship Darts 2009, the official game of the PDC and the No.1 selling darts game of all-time. With the greatest players and the greatest tournaments the ultimate darts simulation is back and better than ever! "The closest thing to throwing a real dart! GAME ON" Phil 'The Power' Taylor - Hit those trebles with an all new and enhanced throwing method featuring fluid, simple and realistic dart flight physics, using the Wii Remote with updated graphics and game engine. - Create your own male or female characters with your very own darts shirts, flights and barrel weights. - Move up the rankings with 18 PDC pros to play as or compete against in real-world tournament locations (World Championship, World Matchplay etc.), with commentary from Sid Waddell and referee audio from Russ Bray and Bruce Spendley. - Improve your averages! Compete in career mode, fully customisable tournaments and leagues. - Multiplayer action with up to 8 players and 3 levels of difficulty so beginners and pros or kids and adults can all play together! - New and improved cinematics give you an as-seen-on-TV experience, with replays, cameras, walk-ins, fly-bys and more! 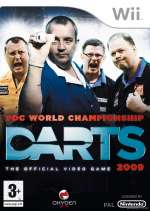