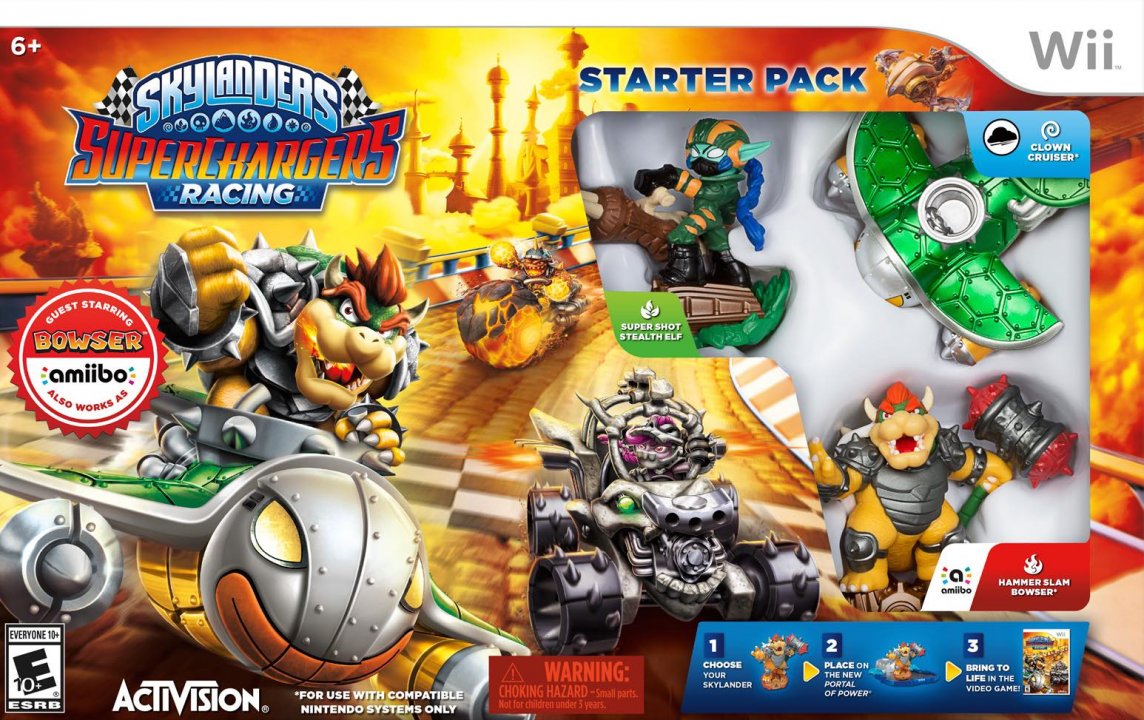 Skylanders SuperChargers Racing expands upon the franchise's signature gameplay to introduce vehicles-to-life -- an entirely new way for fans to experience the magic of Skylands! In his latest efforts to take down the Skylanders and rule Skylands, Kaos has unleashed his most sinister weapon ever -- a massive "Doomstation of Ultimate Doomstruction" capable of eating the sky itself! Fortunately, Master Eon has seen the warning signs and assembled a special team of Skylanders to pilot an unstoppable fleet of land, sea and sky vehicles with the power to travel through the reign of destruction to stop Kaos! 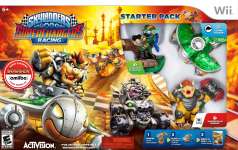 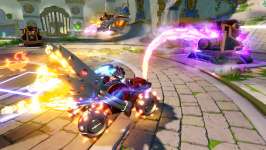