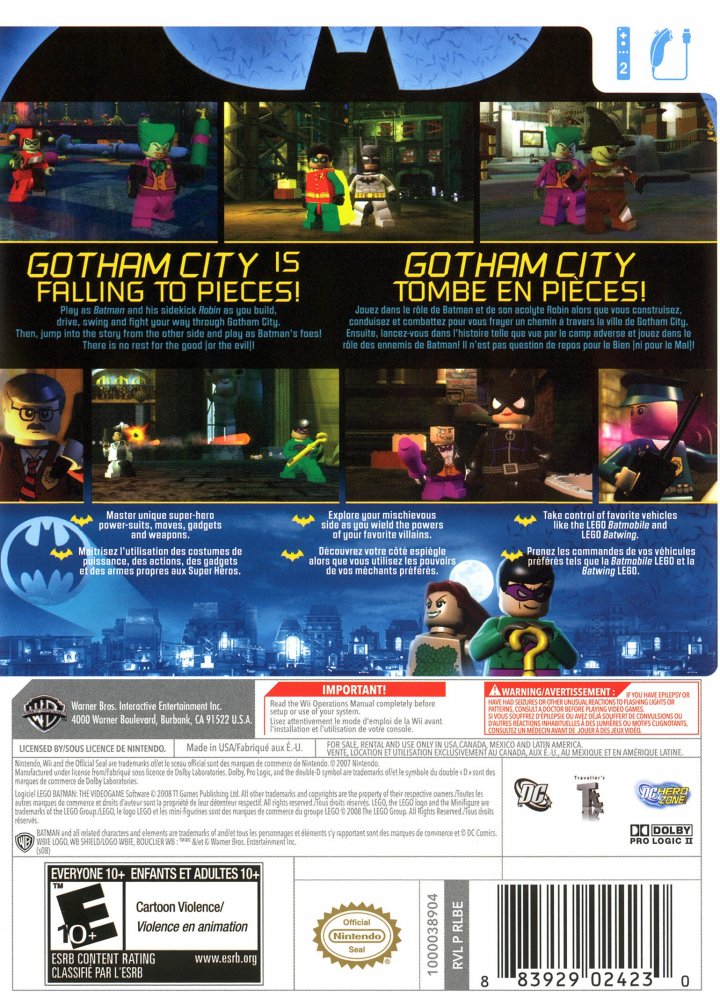 The player controls any one of a wide assortment of characters from a third-person perspective, primarily fighting enemies, solving puzzles, and collecting Lego "studs", the game's form of currency. Using attack combinations in combat will multiply the amount of studs earned. The game is set in Gotham City, with mainly realistic environments. Only interactive objects are made of Lego bricks. Occasionally, players must assemble Lego objects to proceed further in the level, cross obstacles, or unlock new suits. Players are able to fight on land, sea, and in the air, using a number of character-controlled vehicles, including the Batmobile, Batboat, and Batwing. 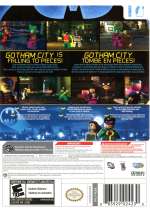 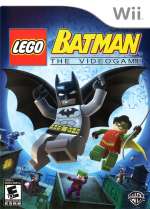 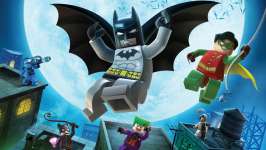