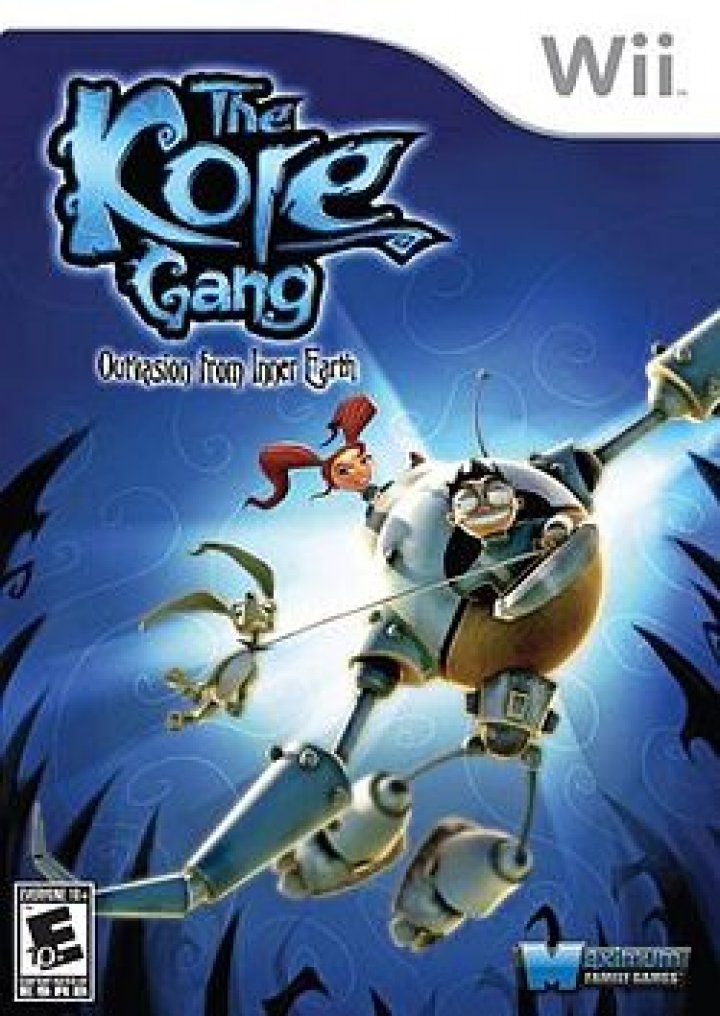 The Kore Gang is an action-adventure game for the Nintendo Wii. The game is notable for its very prolonged development cycle over the course of ten years, during which many different companies became involved and the game moved from being designed for the Xbox console to the Wii. In the game, you take control of three different characters stuck inside robotic suits that amplify their individual abilities. The game-play is centered on the player's ability to switch between the three characters at any time and thus utilize and combine their abilities to solve puzzles. The story revolves around the evil Krank Brothers, evil rulers of a civilization that exists in the center of the Earth. The player, with the help of the three playable characters Pixie, Madboy, and Rex, must stop the Kranks from carrying out their plan to conquer the surface of the planet as well. The plot alludes to the subtitle, "Outvasion from Inner Earth". The game received mixed to positive critical reviews. Critics such as those for Wiisworld and GamingXP praised the madcap sense of humor and colorful graphics but criticized the clumsy camera control. The game's aggregate score on Metacritic is 70/100. After being released in August 2010 in Germany through now-defunct publisher Pixonauts, general international releases followed through distributors such as Atari. 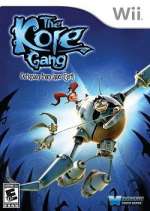