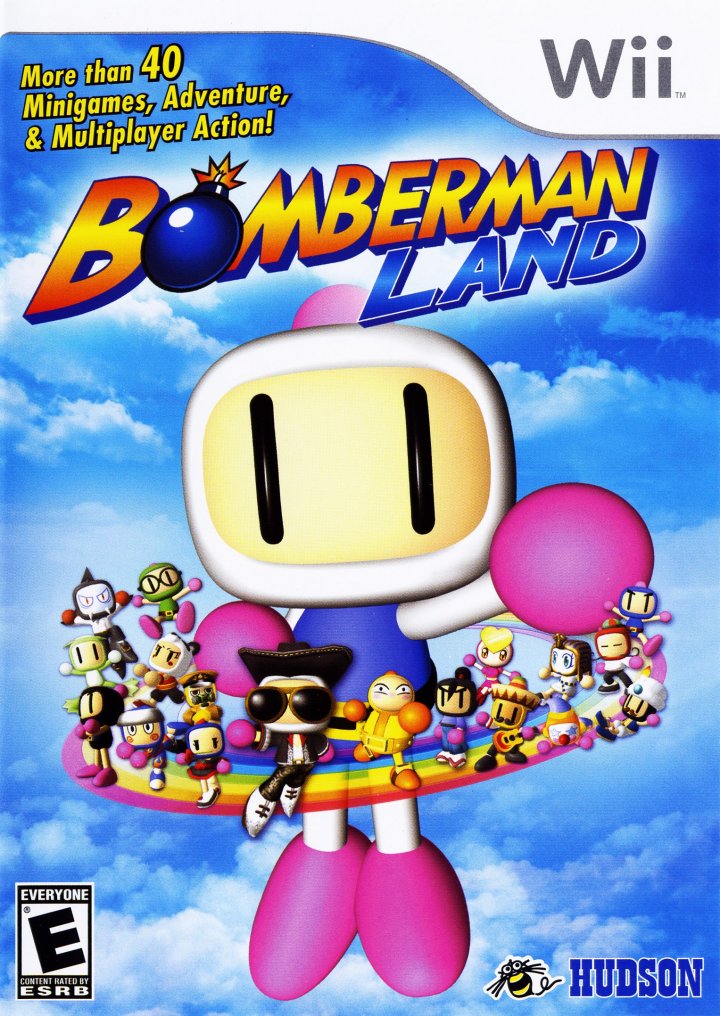 Bombermand Land is a revamped continuation of the Bomberman series. There is a single-player Story Mode where the player travels through the Bomberman universe in order to bring peace to it once again by solving puzzles, defeating enemies and collecting power-ups and weapons to defeat them. There are 40 different single-player minigames and 5 multiplayer games to choose from, ranging from skiing, skateboarding, laser ball, archery among many others. There is also the classic Bomberman which can also allow up to four human opponents in six different battle modes to compete in: Normal, Points, Stars, Crown, All-Out and Wii (which uses the Wii Remote to throw bombs, an exclusive mode for the Wii) 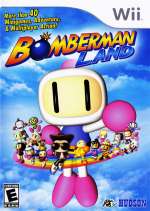 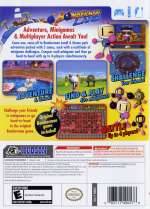 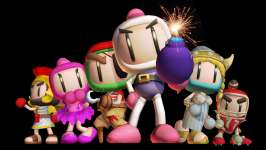 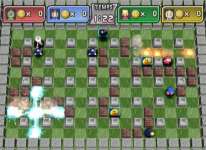