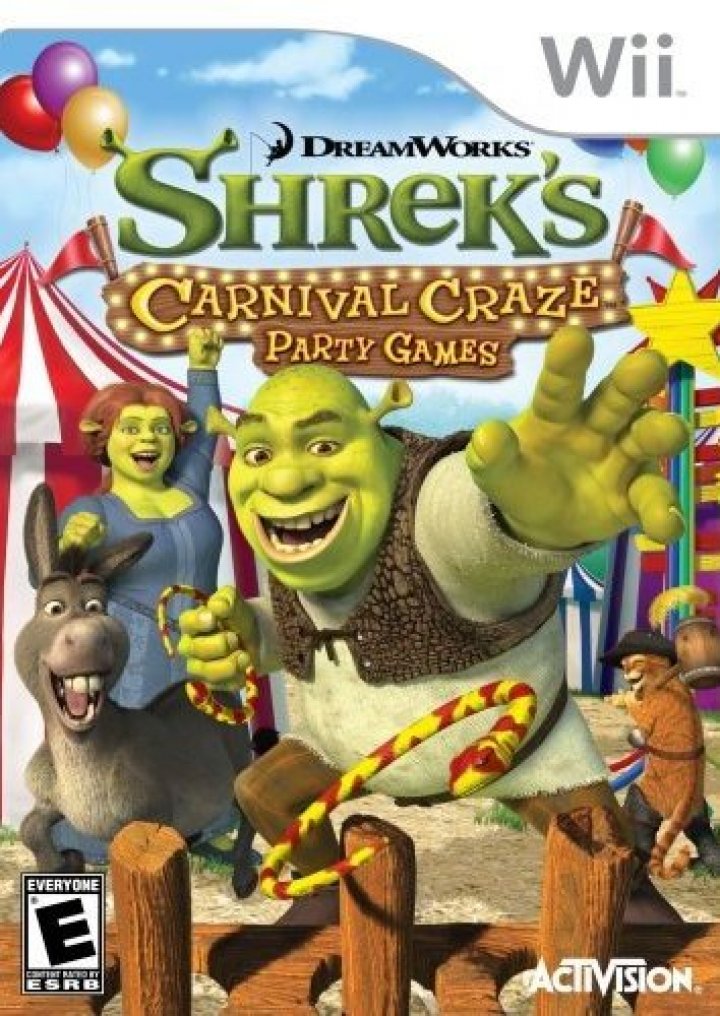 It's Carnival Time - Shrek Style! The twisted fairytale humor of Shrek meets carnival fun as you play 28 hilarious and action-packed party-games. Play as your favorite Shrek characters and compete to become the King or Queen of the carnival! All of Your Favorite Shrek Characters Are Here! Featuring cast favorites from all 3 movies including Shrek, Fiona, Donkey, Puss in Boots, the ogre babies, Gingy, and more! Shrek Humor! Laugh out loud at twisted commentary and humor by the zany Shrek cast of characters. Highly Sociable, Intuitive Gameplay! With pick-up-and-play accessibility, players can work together as a team, or take each other on in head-to-head or group challenges. 28 Hilarious, Addictive Party-Games! Including Pinocchio’s Ring Toss, Three-wheeled Thrills, Rapunzel’s Hair Climb, Sack Race, The Melon Bowl, and many more! Multiple Game Modes: Story Mode – compete to win the Carnival Crown. Tournament Mode – 5 game multi-player tournament. Quick Play – Play any game you’ve unlocked. Unique Shrek-Inspired Locations! Including Gingyland, 3 Blind Mice Midway, Fiona’s Funhouse, and Pinocchio Park. Complete all the party games and unlock Shrek’s Swamp! 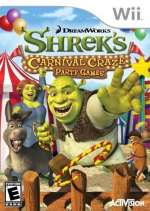