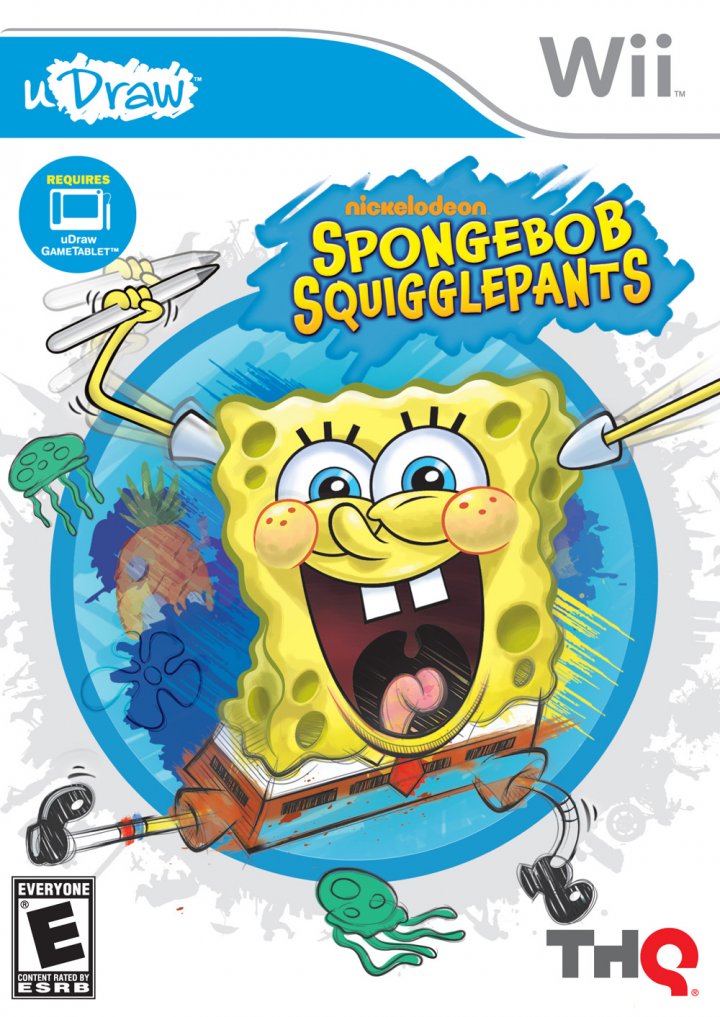 Tilt, flick, tap and draw through more than 100 Nanogames. Endless Creativity – Create, color and draw anything SD-Card Support –share and print your artwork NEW! Splashin’ SpongeBob Looks In SpongeBob’s most crazy, creative adventure yet, be prepared to laugh your SquigglePants off as you tilt, flick, tap and draw through more than 100 Nanogames set in six zany worlds. SpongeBob SquigglePants puts you in the driver’s seat for a dizzying series of lightening-speed Nanogames, giving you mere seconds to finish one before moving right on to the next. Within this rapid-fire succession of challenges, SpongeBob SquigglePants exposes players to never-before-seen SpongeBob art styles from the Nickelodeon vault. SpongeBob SquigglePants also lets players digitally draw, paint, color and choose from dozens of SpongeBob-themed stamps, using the uDraw to create a masterpiece worthy of a place in Patchy’s own collection of SpongeBob art, or their own refrigerator, thanks to the uDraw’s exclusive ability to export art to the Wii’s SD card slot. The entire game is hosted by SpongeBob’s biggest fan, Patchy the Pirate, in a never-before-seen live action experience for an added level of under-the-sea silliness. 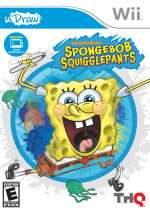