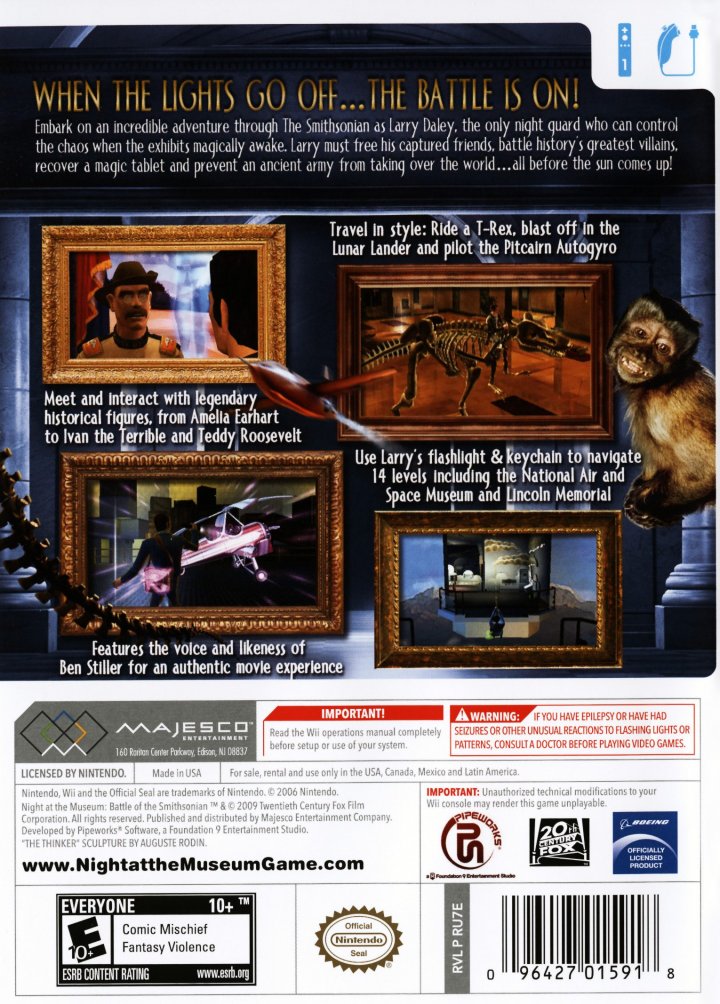 Night at the Museum: Battle of the Smithsonian

Like in the movie, Larry receives a call from the cowboy Jed, informing him that the legendary tablet was stolen by the cheeky monkey Dexter while all of them were supposed to be in federal archives without the tablet. This brings the evil Kahmunrah to life, imprisoning Jed, Dexter and the others. Larry arrives, only to discover that the tablet has been smashed to pieces (an event that did not happen in the film). Kahmunrah recruits an army that collects pieces of the tablet, but Larry also tries to put the tablet back toghether. In the end, there is a huge battle over the finished tablet, which is won by Larry's friends and Larry banishes Kahmunrah to the Underworld. Like the movie, the game ends with the museum being open at night and Larry telling his boss Dr. McPhee that he stuck motors in the exhibits, while he actually just brought the tablet home. 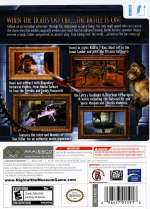 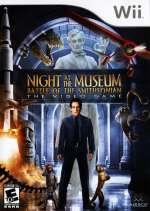 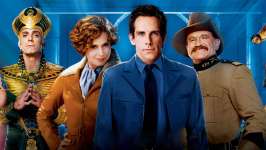