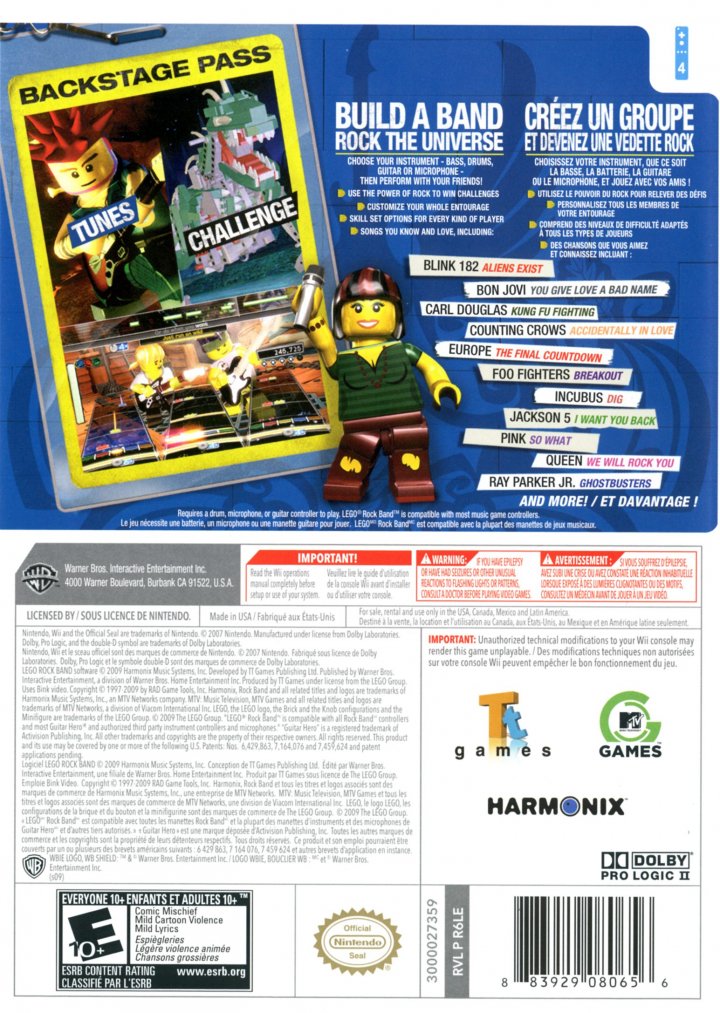 LEGO Rock Band is a blending of Rock Band and LEGO series. Players get to start a band and hire band members who will play with them. Just like with real Lego, players can mix and match bodies, torsos, legs and heads to create a character any way they want. The main game has players touring around the world at various locations, like the original Rock Band games. Unlike Rock Band however, LEGO Rock Band also has special levels where you must perform outrageous tasks such as fighting an octopus or demolishing a building using your rock concert. As players make their way through the song lists, they earn "Studs", the game's currency. Studs can be used to purchase Lego items to decorate your Rock Den, hire new staff, buy new clothes or instruments. 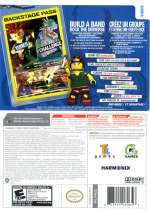 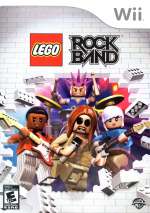 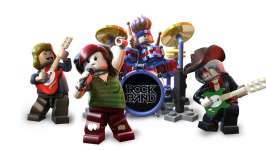