The concept of the game is the same as the original Just Dance. Requiring only one Wii Remote per player, up to four people can play at a time, as they follow on-screen choreographed moves set to classic dance tracks. There are four new dance modes. In "Just Dance Mode", players can get together and dance for as long as they want, just for the fun of it. Other options include "Non-Stop Shuffle" for a non-stopping gameplay, and "Medleys", in which short pieces of 5 songs are mixed. The second new mode, "Duets" allows players to dance together, and in the process forces them to pay more attention to the players around them instead of simply following on-screen prompts. "Dance Battle Mode" is a team mode that features up to 8-player support.The individual scores are the basis of the overall team scores. Lastly is "Just Sweat Mode", which is an exercise mode that allows players to measure the energy they expend while dancing as well as set objectives to be met during their dance sessions. 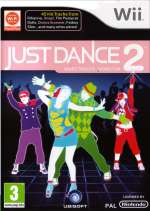 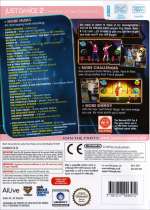 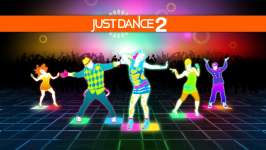