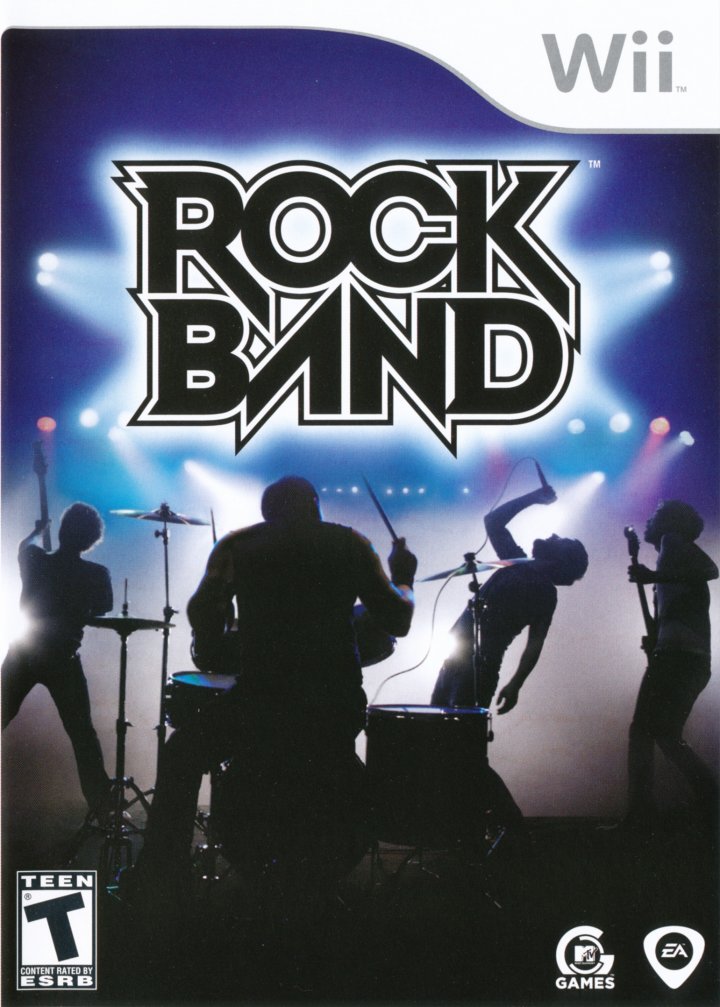 Rock Band, by the original developers behind the Guitar Hero games, takes the concept a step further. Instead of solely playing the guitar along with songs, this game allows players to start a full virtual band with up to four players, with different sequences for each of the three supported peripherals: guitar (electric and bass), drum and microphone. Gameplay is based on hitting scrolling notes on the screen in time (scrolling vertically for drum and guitar), and getting the right pitch for the vocals (scrolling horizontally at the top of the screen, along with the lyrics). 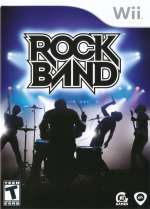 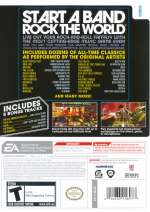