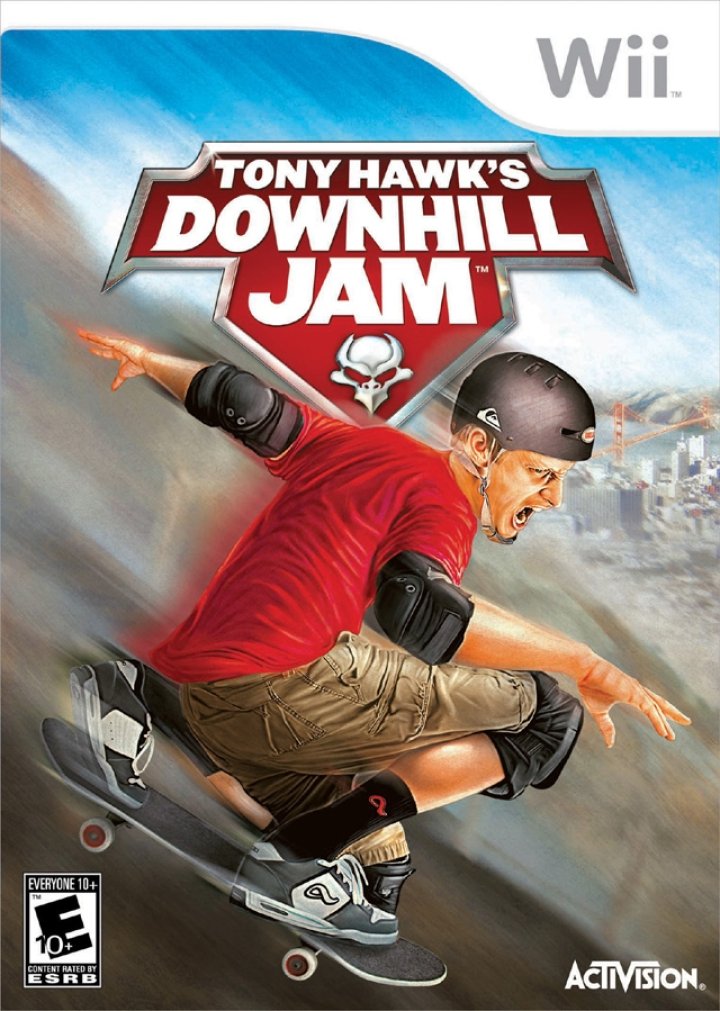 Players aim straight downhill at high speed through 7 open locations, such as Machu Picchu, San Fransisco, Rio de Janeiro, Edinburgh, Hong Kong, and more in Tony Hawk's first extreme downhill racing game . Players must watch out for obstacles and be the first one to the bottom, all using the Wii controller. By holding the controller sideways, tilting the controller side to side, you can turn and do aerial flips. To build up speed, press the 2 button and your character will crouch to build up speed and do tricks. The 1 button works for jumping and doing more stuff, since it works as an all-purpose trick button. The Wii version's multiplayer can be played locally with 4-player split-screen. 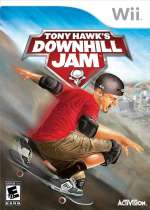 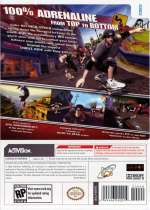 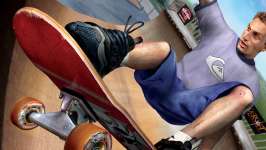