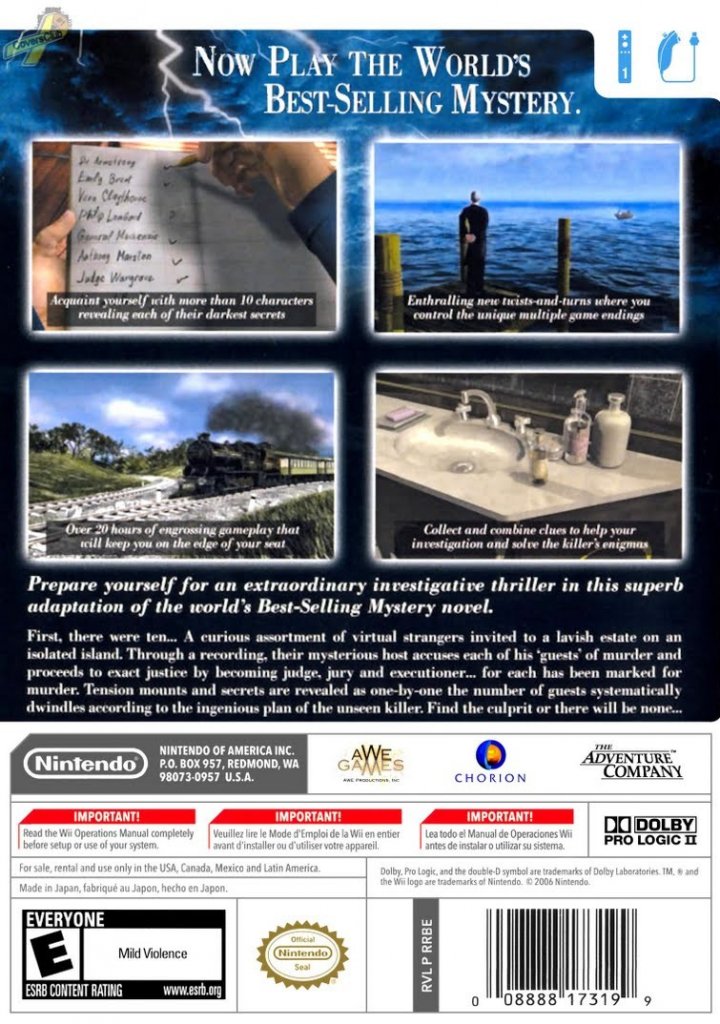 Agatha Christie: And Then There Were None

Agatha Christie: And Then There Were None is the title of a 2005 point-and-click adventure game developed by AWE Productions and published by The Adventure Company for Microsoft Windows. It was the first in The Adventure Company's Agatha Christie series. The game is a detective murder-mystery; it begins with nine people, including Patrick Narracott, the playable character, who meet and journey to the fictional Shipwreck Island. There, two additional onscreen characters are introduced, and the story then follows the events that unfold. And Then There Were None retains most of the basic plot elements of Agatha Christie's novel of the same name, with the major differences being the inclusion of the playable character, Patrick Narracott, and the creation of a range of possible endings. In order to further the connection between the game and its source material, Christie's novel is included in the North American release of the game. 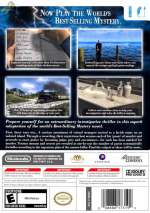 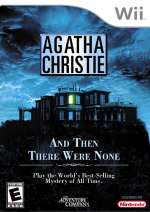